Wills in Canada don’t need much to be legal, but that doesn’t make them bulletproof.

On the surface, preparing a will is simple enough.

To be valid, a Canadian will needs to be: in writing, signed and witnessed.

The trouble is, like with many legal documents, the details matter. Where your signature appears on the document or not having the right witnesses could invalidate your will.

And that means sorting your estate one day could be an expensive headache for your loved ones — bringing lawyers into the mix even when you thought you could avoid them entirely.

Wise up with top stories and timely tips on Wednesdays.

Estates can be more complicated than they look

John Coupar, a partner at estate planning firm Horne Coupar LLP in Victoria, B.C., says a good percentage of his company’s work focuses on fixing problems in wills — especially when they’re drafted without the help of a lawyer.

“This happens all the time,” says Coupar. “There’s a will and it usually has deficiencies that we have to work with.”

Whether a will is outdated, may upset your children (or worse, their spouses) or the signature is simply placed at the beginning of the document rather than the end (which can invalidate the document), these deficiencies aren’t always apparent to people without the right legal knowledge.

Things can spiral out of control if your will isn’t as clear cut as you assumed, Coupar says.

That’s exactly the problem Jamie Nay is currently working through. Nay, a lawyer and partner with Peak Law Group in Pitt Meadows, B.C., is representing a widow in an estate litigation over her home.

Her husband had used a kit to prepare his will and wanted to leave half of his home to his children. However, the laws in British Columbia dictate that the house should go to the surviving spouse. And so now the adult children and their stepmother are headed to court.

“It's going to get quite nasty as these things do,” says Nay.

If the couple had consulted with a lawyer while preparing their wills, they would have been advised that the husband's wishes would likely create this exact problem, Nay adds.

In cases like this, Nay says that untangling a deceased person’s intentions is likely to be more expensive and time-consuming for the family than if there hadn’t been a will in the first place.

Have you been putting off finishing your will? 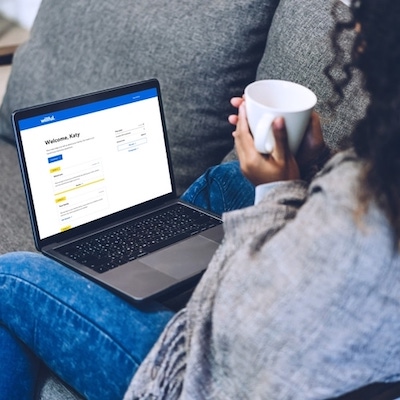 Has it been on your to-do list for months, even years? Why not make today the day you put a plan in place to protect the people who matter most to you. Use code MONEYWISE for 15% off!

Will kits not the easy win many think they are

Nay singles out the use of will kits, whether online or print booklets, as a major factor in many invalid or problematic wills.

Part of the issue is that case law — which also varies by province — changes frequently, generally faster than publishers update their templates.

“Every jurisdiction, every province, every state has its own laws and some of them are wildly different,” says Nay.

He offers an example: If a parent wants to write their adult child out of their will, many templates will allow them to leave them $1 and that’s that. However, British Columbia’s law allows unhappy children to sue an estate if they don’t feel they’ve been treated fairly — and so that strategy isn’t applicable for residents of B.C.

“I'm sure a lot of lawyers [will] tell you, most of their estate litigation comes out of poorly drafted homemade wills,” says Nay.

He’s aware that a lawyer advocating people use his services over less expensive options may sound like a vendor hawking their wares. But, he argues, what you’re paying for is the services of someone who has the legal training and knowledge needed to avoid problems.

Legal advice is a worthwhile investment

While you may think your intentions seem clear in your will, when it comes time to carry them out, you won’t be around to provide guidance or answers.

“It's very easy to misinterpret somebody's wishes based on your own experiences and your own thinking,” says Nay.

Both Nay and Coupar argue when you’ve got all your material possessions on the line, you’re risking a lot in being misinterpreted.

“What I often say to my clients or audiences is, ‘The question is not can you prepare your own will? The answer is yes. The question is, should you? And while there are exceptions to every rule, the answer to the second question is no,’” says Coupar.

Once you have a will in place, Coupar suggests you revisit it every three to five years. Not only can your circumstances change in that time, but you’re also just likely to forget what you wrote. It’s not a good idea to cut corners on one of the most important documents you’ll ever prepare.

“I always say to my clients, you spent your whole life accumulating wealth,” says Coupar. “Do you really want to see it blow in the wind?”

Have you been putting off finishing your will?

Has it been on your to-do list for months, even years? Why not make today the day you put a plan in place to protect the people who matter most to you.

Create your legal will online with Willful for as low as $99. With Willful, you pay once, and update your will for free forever. It only takes 20 minutes, start to finish.

What to Read Next

How to get compensated if your flight is cancelled

These tips can stop you from joining the host of travellers struggling to get refunded.

How much does it cost to keep up with the Joneses?

Trying to copy or one-up your friends and family is a recipe for getting into debt.

Automated investing is so easy, the hardest part is choosing where to start.

A high interest rate on your savings will help you keep your money from losing value over time.